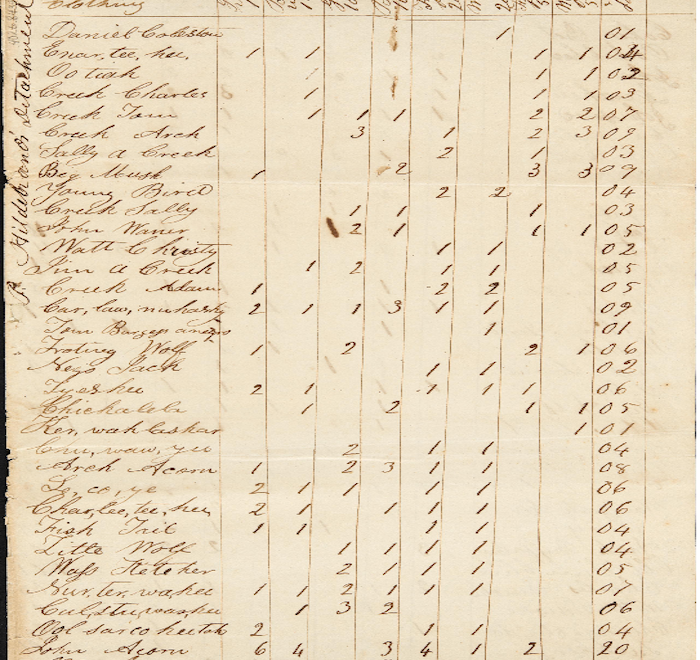 What does a Native woman, an impoverished laundress, & a survivor of abuse have to say about the expansion of the US and its economic development? It turns out, a lot.

For nearly twenty years, colleagues teaching US history courses at a range of institutions in the US and abroad have asked me for recommendations about materials on the Native South. I’ve suggested many wonderful books while recognizing a need for a monograph written for general and student audiences that makes understanding this region from the period of the American Revolution through the “long nineteenth century” accessible and relevant. When I learned about Barbara Hildebrand from Cherokee historian and scholar Jack Baker, I realized how I could tell that story.

And so I am writing about the unexpected journey of a person who, to borrow a turn of phrase from late historian Jim Loewen, makes Ulysses look like a homebody. Born in 1828 in the old Cherokee Nation (what is now eastern Tennessee), Barbara Hildebrand, the daughter of a Cherokee woman and a German-American man, survived the death march of the Trail of Tears when she was a girl. As a young wife in 1850, she traveled to California’s gold diggings. In 1865, Hildebrand and her daughters boarded a ship to Honolulu, where they later experienced the overthrow of the Hawaiian monarchy. She was from a common family, but she lived an exceptional life and bore witness to watershed events of the nineteenth century.

What does a woman, a Native person, an impoverished laundress, and a survivor of spousal abuse and sexual violence have to say about the expansion of the US and the settlement and economic development of the South, West, and Pacific? It turns out, a lot. Hildebrand told us when she wrote home. Some of those letters survive. In 1905, she died in Oahu. Her grave overlooking the Pacific Ocean bears witness to the impact of U.S. colonization on Cherokee people and the unexpected ways that Cherokee people responded.

It is important to learn American history through Indigenous experiences if we are to have an accurate understanding of this nation’s past, appreciate Native people as fully human in the present, and forever correct the willful amnesia originating in the Jacksonian era that has rendered Southeastern Indian people invisible in their own homelands. This manuscript also emphasizes the persistence and unwavering commitment of human beings to care for one another and survive in deeply difficult circumstances. Now more than ever, we need to tell stories about resilience.

This manuscript is under contract with the University of North Carolina Press and will be part of their Critical Indigeneities series. Look for it…soon!